I had the honor on April 13 to sing the National Anthem at McCoy Stadium for the Pawtucket Red Sox (AAA) vs. Scranton/Wilkes-Barre Rail Riders (Yankees) game. It was a beautiful day with an enthusiastic crowd watching a classic pitching duel (we won’t mention the outcome of the game.) Pawtucket is not near the ocean but is in the Ocean State and “The Star-Spangled Banner” was written on board a ship in Baltimore Harbor in 1815 so there is a connection to the sea!

We traditionally sing only the first verse (of four verses) but the second verse begins with nautical “On the shore dimly seen, through the mists of the deep, where the foes haughty host in dread silence reposes….” 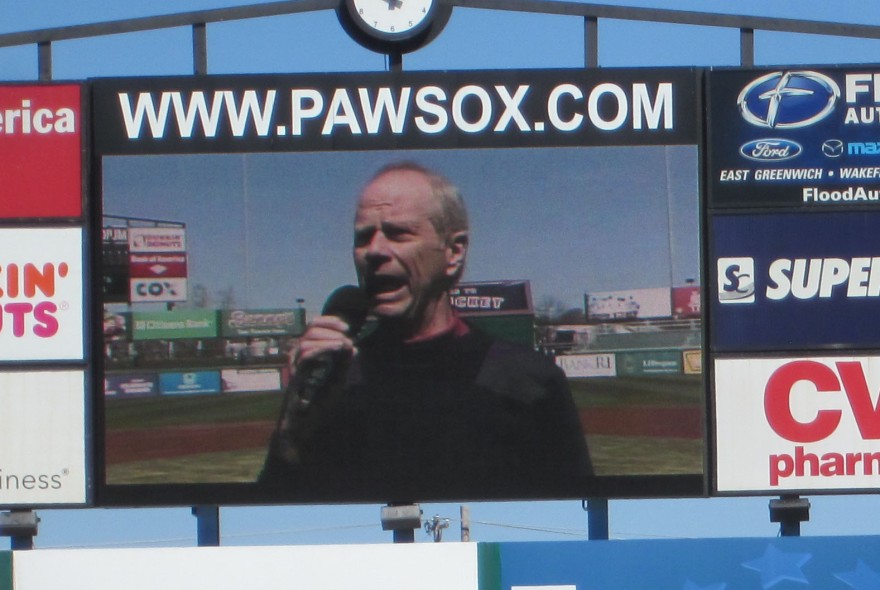